News, weather, sports, music and a bunch of other stuff.
Grab a cup of coffee and tune in.

The Douglas County Sheriff's Office is asking business owners to be on the lookout for fake money. The Sheriff's Office says in the last week, a local bar received $500 in fake $100 bills. The bar owners say the fake money was used while buying pull tabs. Authorities say if you’re not sure how to tell, there are several resources online which will help you find a fake bill. Anyone who has received fake $100 bills in the past couple of months is asked to call the Douglas County Sheriff’s Office at 320-762-8151.

Law enforcement in Mankato say three teenagers overdosed on pills laced with fentanyl. The Mankato Department of Public Safety responded to three different locations on Tuesday to find the teens all exhibiting signs consistent with an opioid overdose. Authorities believe they used fake oxycodone M30 pills that contained fentanyl. Law enforcement used Narcan, and two of the patients were hospitalized. Their condition is unknown.

A couple from Cushing is accused of committing several tax crimes in recent years. The Minnesota Department of Revenue says Scott and Kristine Ziegler are charged with six felony counts each of failing to file individual income tax returns and two felony counts each of failing to file withholding tax returns. According to the complaints, the Zieglers failed to file their state income tax returns from 2016 to 2021 and failed to file withholding returns for their business, Prism Powder Coating for 2020 and 2021. The charges allege that the couple earned enough money from the business to be required to file individual returns and pay income taxes. Kristine Ziegler was the bookkeeper for the business and allegedly told investigators that she knew they were supposed to file withholding tax returns but failed to do so. The Minnesota Department of Revenue alleges Scott Ziegler owes more than $258,000 in income taxes, penalties, and interest. Prism Powder Coating allegedly owes more than $20,700.

Six people were arrested Monday in connection to a drug investigation in Kandiyohi County. Members of the CEE-VI Drug and Gang Task Force, Central Minnesota Task Force, MN BCA and other law enforcement agencies, used three search warrants in three different cities in Kandiyohi and Stearns Counties. Authorities says they found over a half pound of methamphetamine, three handguns, and several thousands of dollars in cash believed to be from meth sales. All six people face a variety of drug related charges. The case remains active and authorities believe more arrests will be made in the future.

Liquid Error: The string 'date' was not recognized as a valid DateTime. There is an unknown word starting at index '0'.

Congratulations to David Wagner of Eagle Bend...he won the Paradise on Ice Giveaway 2022! 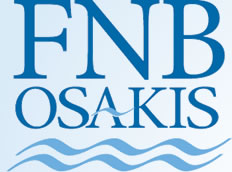